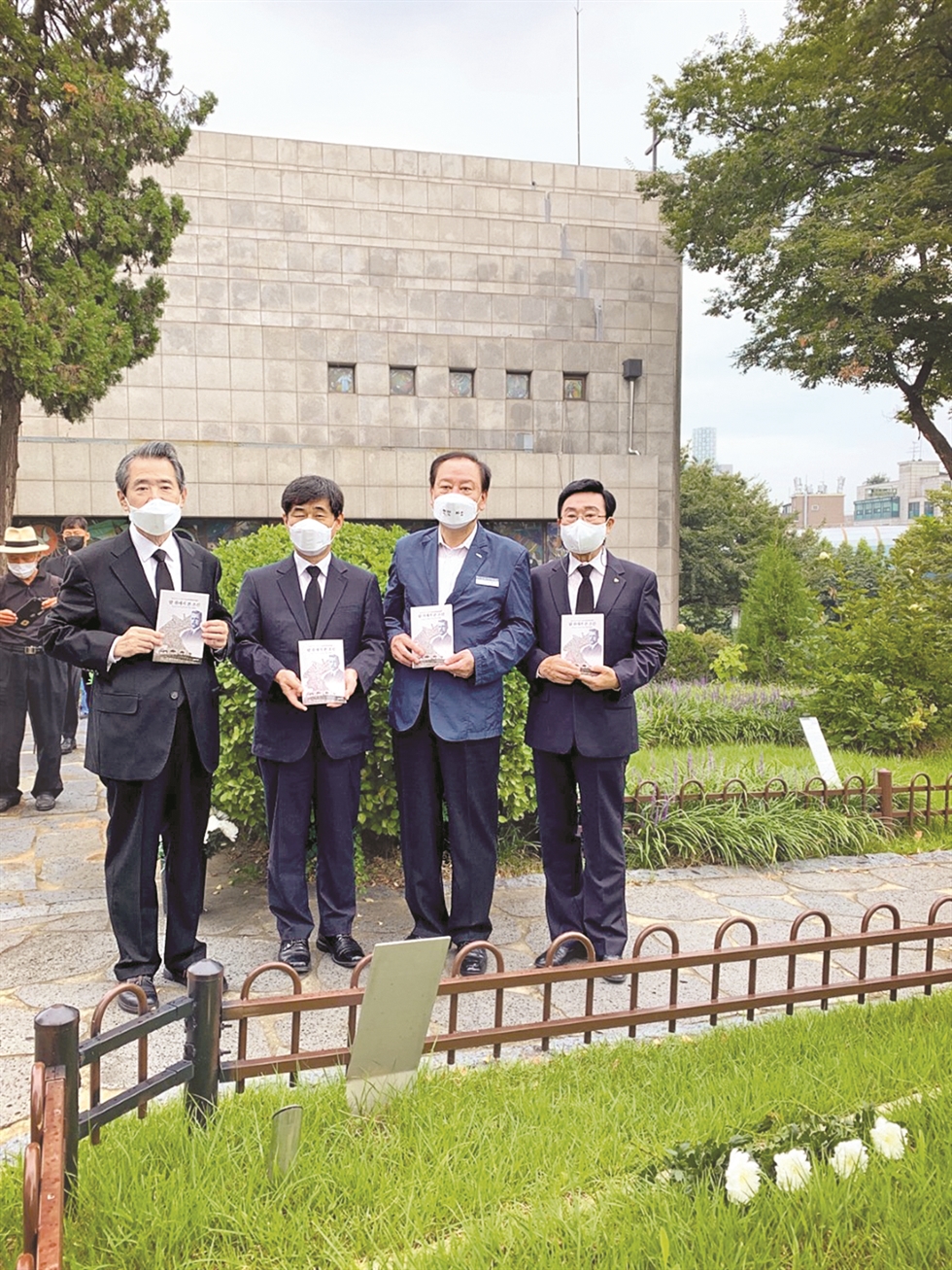 Kim Dong-jin, left, chairman of the Hulbert Memorial Society, shows a new book full of writings by Homer Hulbert, an American educator who supported Korea's independence from Japan, during an event in Seoul, Tuesday, to commemorate the 72th anniversary of his death. Hulbert first came to the Korean Peninsula in 1886 and died in 1949 in Seoul. He was buried at Yanghwajin Foreign Missionary Cemetery. The book, titled "Korea As Seen From The Saddle," is a collection of Hulbert's essays about his 1890 trip to Pyongyang, which have been translated into Korean recently. Next to Kim are Ministry of Patriots and Veterans Affairs Seoul Regional Office Director General Lee Seong-choon, Mapo District head Yoo Dong-gyun and the Association of Independence Patriot's Descendants Chairman Kim Sam-yeol. Courtesy of Hulbert Memorial Society